A carefully structured earnout agreement can sometimes be a useful way for both parties in M&A transactions to share in the upside and downside risk of a deal. The American Bar Association (ABA) recently released a study on private target M&A deal terms for 136 transactions completed in 2012 that included insight about trends relating to the use and structure of earnout agreements. According to the report, 25% of transactions included earnouts in 2012, compared to 38% in 2010, 29% in 2008, and 19% in 2006.1

The sharp increase and subsequent decline in the use of earnouts can be attributed to the economic recession. Economic volatility made it more difficult to project performance and tight borrowing conditions made it difficult to finance transactions. As a result, buyers and sellers increasingly relied on earnouts to consummate deals. However, buyers have regained confidence over the past several years and the competition for quality investment opportunities has increased, creating a seller’s market. Deal prices have also risen, and with increased leverage in negotiations, sellers have become less willing to discuss earnout agreements. Nonetheless, earnouts will remain common in M&A transactions.

In 2012, Duff & Phelps (D&P) released a report focused on transactions closed between 2009 and 2011 that included earnout agreements.2 The study classified the acquirer in each transaction under one of six industries, which are shown in Figure 1 below. The average up-front consideration of the deals studied was $102 million with a median of $20 million. Total possible consideration, which could be determined for 86% of the deals, is shown in Figure 2. The D&P report indicates that earnouts are most commonly used in the life sciences and high tech industries, and the ABA study showed similar results. The ABA sampled similar-sized transactions, with 85% being valued at less than $500 million. The combined findings of both reports suggest common trends in earnout structures for transactions involving private company targets over the past several years. Some of the key points of these studies are described below. According to D&P, 60% of earnouts were tied to top line-related components such as revenue, gross profit, and assets under management. Approximately 38% were tied to earnings-related components such as EBITDA, net income, EBIT, and EBT. The most common top line-related metric was revenue, representing approximately 48% of all earnouts. Of those tracking earnings-related benchmarks, 23% used EBITDA. While over half of all private company acquirers (52%) used earnings-related metrics, public companies, as well as life sciences and high tech acquirers, used them only 33%, 30%, and 24% of the time, respectively. Figure 6 shows that approximately 75% of the D&P transaction sample set caps on at least one metric, while 70% had thresholds on at least one metric and 30% used a tier structure. A cap is meant to limit the amount that a seller can receive in contingent payments. A threshold is a minimum performance target that the seller must achieve in order to receive any earnout payments. A tier structure typically includes multiple performance targets and different earnout payment rates are tied to each level of performance. Nearly 80% of the earnouts in the D&P study were structured with durations of less than 5 years, while the average duration was about 3.5 years and the median was 3 years. Figure 7 shows the distribution of earnout duration for all D&P sample transactions and Figure 8 shows duration by industry. High tech industry transaction earnouts had shorter durations because rapid innovation and a high level of competition within the industry show whether a deal will meet expectations rather quickly. In contrast, the life sciences industry moves slower, with longer product development and market launch cycles making it more difficult to assess performance quickly. Therefore, the average earnout duration in the life sciences industry is 4.5 years, although 36% of durations were 4 years or less and 10% were 10 years or more. For all other industries, more than half of earnouts lasted 2-3 years and a rare few lasted more than 6 years.

Post-transaction disputes most commonly involve disagreements over whether the seller achieved earnout performance targets or why the seller was unable to achieve those targets. Often, these disputes occur because the agreement lacked clarity relating to performance metrics and targets, payment calculations, and the measurement process. In other instances, the seller may have issues with the way the buyer operates the company post-closing, or the seller will dispute changes in accounting methods made by the buyer post-closing. While it’s impossible to predict every potential source of disagreement, clearly defined and carefully negotiated provisions can minimize these types of disputes.

The studies referenced in this article use data from transactions of all sizes involving companies across a variety of industries. As every deal is unique, every earnout is structured differently. However, transaction experts agree that detail and specificity in contractual language is of the utmost importance. A review of current trends in structuring earnouts can serve as a starting point for negotiating terms that align the best interests of both buyers and sellers. 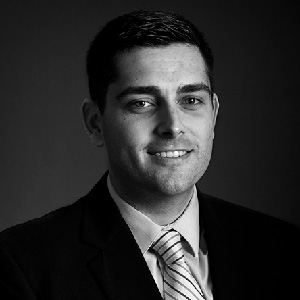